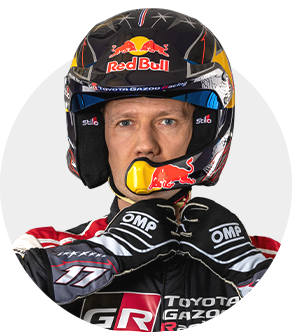 Hi to everyone. I‘m Sébastien!

With his dad being a Senna fan and his uncle an autocross driver, Sébastien Ogier fell in love with motorsports from his early childhood. After trying out karting for a while, he started entering competitions, winning the FFSA’s Rallye Jeunes - a talent spotting event organized by the French Federation – in 2005. This win secured him a driving seat in the Peugeot 206 Cup, where he began his collaboration with his co-driver, Julien Ingrassia. Best rookie of the year, he scored his first podium finish, then went on to win his first races over the next season, making a name for himself in the championship.