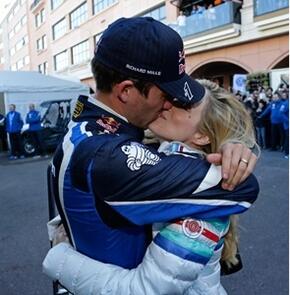 With his dad being a Senna fan and his uncle an autocross driver, Sébastien Ogier fell in love with motorsports from his early childhood. After trying out karting for a while, he started entering competitions, winning the FFSA’s Rallye Jeunes - a talent spotting event organized by the French Federation – in 2005. This win secured him a driving seat in the Peugeot 206 Cup, where he began his collaboration with his co-driver, Julien Ingrassia. Best rookie of the year, he scored his first podium finish, then went on to win his first races over the next season, making a name for himself in the championship.

Sébastien Ogier made his debut in the world championship in 2008, a mere two years after his first rally. He started out as category winner in a Citroën C2 S1600 and even obtained a point in the overall standings. With two further victories, he clinched the Junior World Champion title at his first attempt. Thanks to this title he was offered a WRC wheel for the last rally of the 2008 season, in Wales. He accomplished quite a feat by winning the first stage and leading the race for a while.

This impressive performance had all eyes turned towards him when he started his WRC career in 2009 within the Citroën Junior Team. This debut came after another win at the Rally Monte-Carlo in between seasons (at that time the race was part of the IRC schedule). The first half of the year was quite hard for the rookie, until he started an upward spiral with a second place finish at the Acropolis – his first podium in the world championship.

His maiden victory came in the next season in Portugal. From then on, Sébastien Ogier’s performances just got better and better and he joined the official Citroën team for the gravel rallies of the second half of the year. As a team-mate of Sébastien Loeb, he won in Japan in a race he was running for the first time. He became a permanent member of the team in 2011, scored five successes over the course of the season and claimed 3rd place overall. After the curtain had fallen on the championship, Ogier won the Race of Champions at his first attempt.

At the end of 2011, Sébastien Ogier set himself a new challenge: he joined Volkswagen Motorsport to collaborate with the German brand in developing the new Polo R WRC, whose debut was announced for 2013. In the meantime, the French driver switched between testing sessions and an almost full participation in the 2012 season in a Skoda Fabia S2000.

The Polo R WRC made its debut in the Monte-Carlo Rally of 2013. First stage, first scratch for Ogier, who mounted the second step of the podium. His maiden victory behind the wheel of his new car came in the very next rally, in Sweden, which is all the more impressive as northern drivers historically dominate the race. Ogier was only the second non-Scandinavian driver to win it! This set the tone for his season, as success followed success and the title beckoned. The grand finale came on Rally France before Ogier and Ingrassia had even started the first stage which doubled as the Power Stage.

And so Sébastien Ogier joined the very select club of world champions – the third French driver to have done so. At this point he set himself what was perhaps an even more daunting goal: defending his position as leader, and it was indeed a hard-fought season’s victory which was assured on Rally Catalonia 2014 after he beat off the challenge of his increasingly tough rivals. With 8 wins out of the 13 rallies contested, he became the eighth driver to secure more than one title.

These statistics speak for themselves, but they were added to in 2015, when Sebastien Ogier raced his Polo R WRC to victory on eight occasions between Monaco and Wales, taking the title in Australia with three rounds to spare.

After only six complete WRC seasons, he became triple world champion, the third driver in history to win as many titles consecutively. Having achieved 32 victories at the end of 2015, he continued to add to his record in 2016 and won again on all surfaces. In Spain he secured his fourth title, equaling Juka Kankkunen and Tommi Mäkinen. Now with a tally of 38 wins, he started a new adventure with M-Sport driving a Ford Fiesta WRC in 2017.

For his first rally with his new car, Sébastien Ogier immediately clinched a win on the iconic Rally Monte-Carlo. He set another success during the 2017 season, this time in Portugal where he equalled Markku Alén's record of five wins and reached the 40 WRC wins mark. Producing a very consistent season, he achieved the feat of taking the title with a second different manufacturer and within a private team. He managed to take the same success the following year, as he started the championship with his sixth win in Monte-Carlo, the fifth in a row, which was a new record. Also victorious in Mexico, ten years after making his world championship debut and taking his first Junior win on this rally, and in Corsica and Wales, he battled up until the very end of the championship for a historically contested title against Ott Tänak and Thierry Neuville, eventually being crowned on the final day of action of the season.

In 2019, Sébastien Ogier returned to Citroën, as he decided to take up a new challenge with the C3 WRC. He continued his victorious series in Monte-Carlo equaling the record of wins on the legendary event. He won again in Mexico and Turkey, but had to settle with third in the championship as Ott Tänak clinched a maiden title.

Since 2020, he has been defending the colours of Toyota. Although shortened by the health crisis, their first common season was synonymous with new successes with two wins and a title acquired at the end of the final event, in Monza. Together, they began the 2021 championship with another historic moment, that of a record victory at Rallye Monte-Carlo, the eighth one there in Sébastien Ogier's whole career.

In 2014, Sébastien teamed up as an Ambassador with Make-A-Wish® France, to help granting the wishes of children with life-threatening medical conditions.

Winner of the individual Race of Champions at his first attempt

Winner of the Peugeot 206 Cup

Chance and friendship were determining in Julien Ingrassia’s discovery of rally around the age of 14. Gilles, a boarding school friend, was so passionate about it that Julien, intrigued, soon started to accompany him to races in the Cévennes region. The outdoors, a few buddies and an icebox: the simple pleasures of the rally world quickly seduced this nature lover, more accustomed to trekking shoes and mountain biking.

At the end of 2002, Gilles was the first to offer a right seat to Julien, who had “hardly thought about it”. He took part in the Critérium des Cévennes and enjoyed his first success: getting to see the finish line. Around the same time, a childhood friend, Boris, was also trying to turn his passion for motorsports into a full-time activity. He spent four years prepping a 205 GTi, which was finally ready in 2003, in time for Julien to join the adventure in the small car’s right seat.

In the meantime, Julien Ingrassia was completing a business school curriculum, and there would be another few years before he could dedicate himself to rally. After working small jobs to make ends meet, he became a sales rep for various big companies, while continuing his career as a freelance co-driver. He took part in many regional asphalt rallies, then broadened his experience with gravel rallies such as those of the 206 Cup in 2004. These rich and constructive years convinced him that he should continue the adventure – although he had no idea it would take him to the highest world level.

In 2005, the Rallye Jeunes selection was organised in Alès, near his hometown. Aware that it was a precious springboard for anyone who considered becoming a rally professional in France, Julien Ingrassia watched the competitors go by at the foot of the Cévennes mountains. He soon noticed a promising driver named Sébastien Ogier, whose “strong temper” he already sensed. He applied to Peugeot Sport to become Ogier’s co-driver, and got an agreement in principle along with the selection winner’s contact details! The two men met in early 2006 and immediately hit it off, opening their first season together with the Volant Peugeot 206.

Although they had to fine-tune their characters over the first few years they shared a car, Seb and Julien learned to know each other better with each step they took. One is a competitor with great technical and strategic skills, while the other offers a calmer, more moderate approach that tranquilizes him. Their stable collaboration since 2006 has helped each of them progress in his own area. While Sébastien was becoming a true “captain” thanks to his clear-sighted technical choices, Julien revealed himself as a master in backstage preparation, road-books and other regulatory texts management, while facilitation communication within the team.

As for driving, Julien Ingrassia has had an amateur go at it – enough to enrich his work and confirm his preference for the right seat. His job never was a default choice, and this is made obvious by the pleasure he takes in his role. His contribution, although shadowed by the driver’s in the media, is essential to the tandem’s success.

When they entered the premier class at the end of 2008, they already had a Junior World Champion title to their name, clinched during their first season together on the international circuit. Less than five years later, they had become WRC world champions for the first time and had become the new major players in world rallying. Unbeaten since then, they are among the very rare crews to have been crowned world champions for four consecutive years. Julien is the only French co-driver with more than one WRC title. 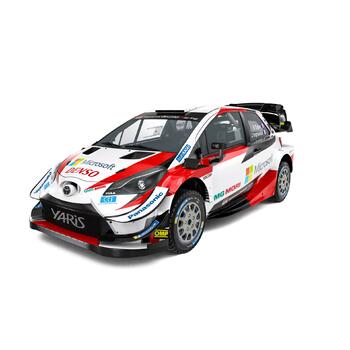 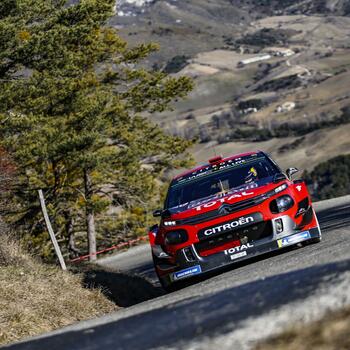 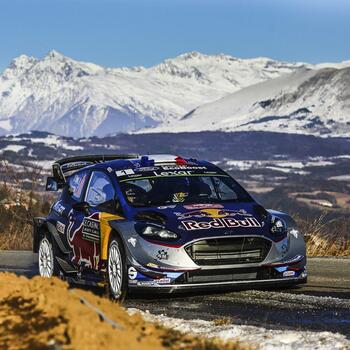 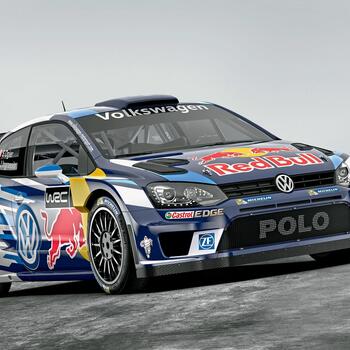 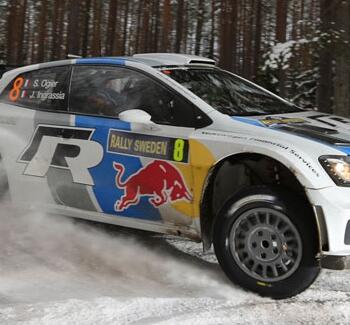 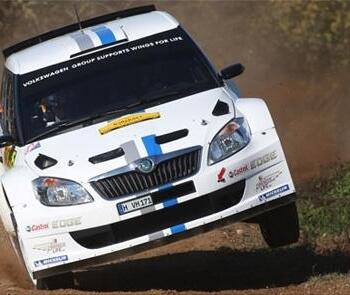 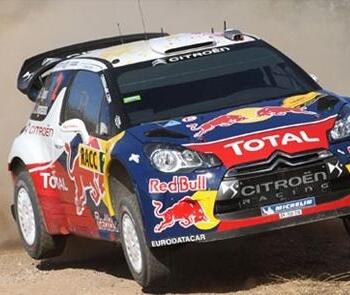 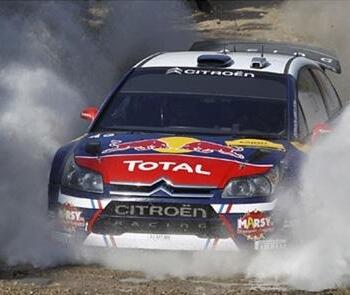 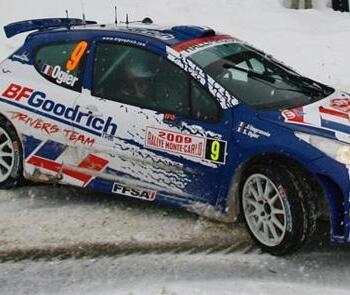 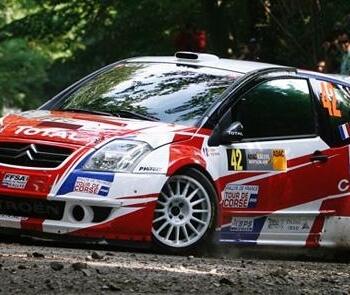 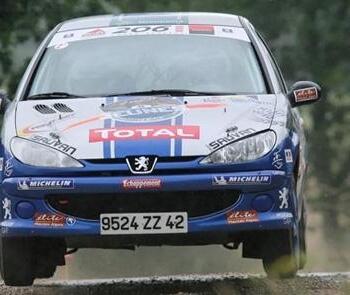